All go on the Charity Quiltathon

I'm really pleased to announce that Scarborough Sewing Centre have donated 10 meters of fabric for our Charity Quiltathon.

Thank you so much Keith, Jackie and family, we really appreciate it. 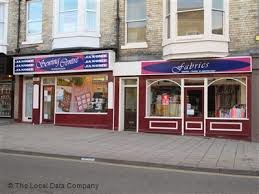 For anyone travelling to one of our retreats - make sure you add on an extra day and make the trip up to Scarborugh Sewing Centre on Aberdeen Walk - the same street as the Post Office, at the far end. You will not be sorry. Its an Aladdins cave for fabric and currently at just £5 per metre.


Another lovely surprise today in the mail. Philip Anthony Photographers from Tickton, Beverley have kindly donated 5 x £75 vouchers for  us to use as raffle prizes for our quiltathon.    http://phillipanthonyphotography.co.uk/Welcome.html   Thank you so much.

Our press releases are slowly getting the word out. Thank you York Press.
http://www.yorkpress.co.uk/news/eastyorkshire/10863891.Quilting_marathon_dates_at_seaside/?ref=rss


We have been really busy too over the last few days. Several quilt tops have been made and donated to our Quiltathon, so in an effort to get a good start, we have been quilting these on Rodney & Dell Boy (the Innova longarm).

Here are a few pics - 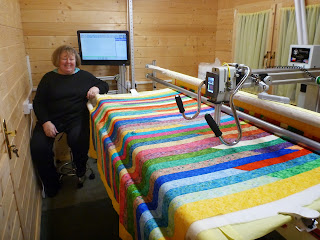 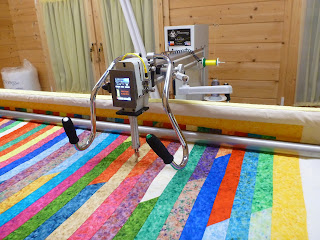 The panto for this one is called Gaiety 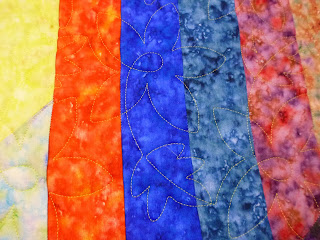 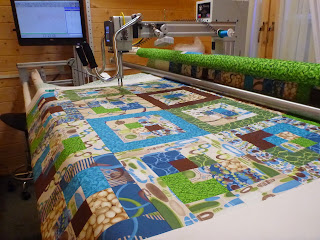 For this one I chose a pattern called 'Late Night'. It reminds me of atoms rather than stars, but I really like it. 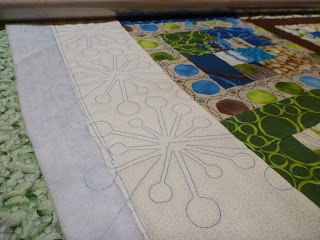 This is a cute panel which is backed by animal fleece. The pantograph I chose is called Animal Crackers. 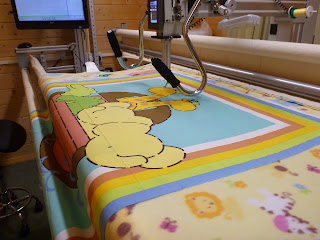 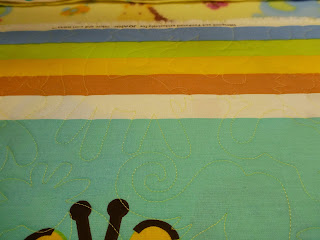 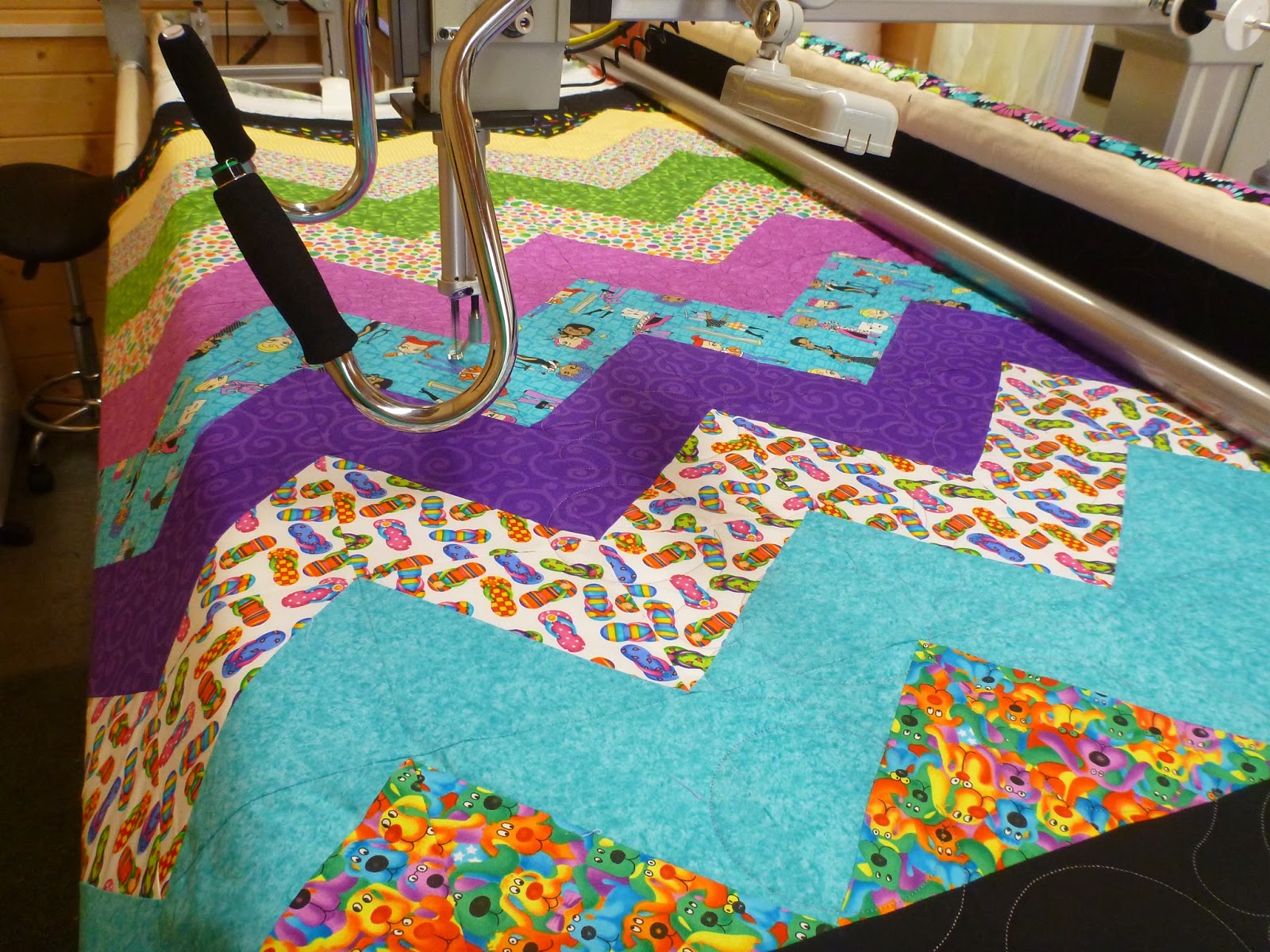 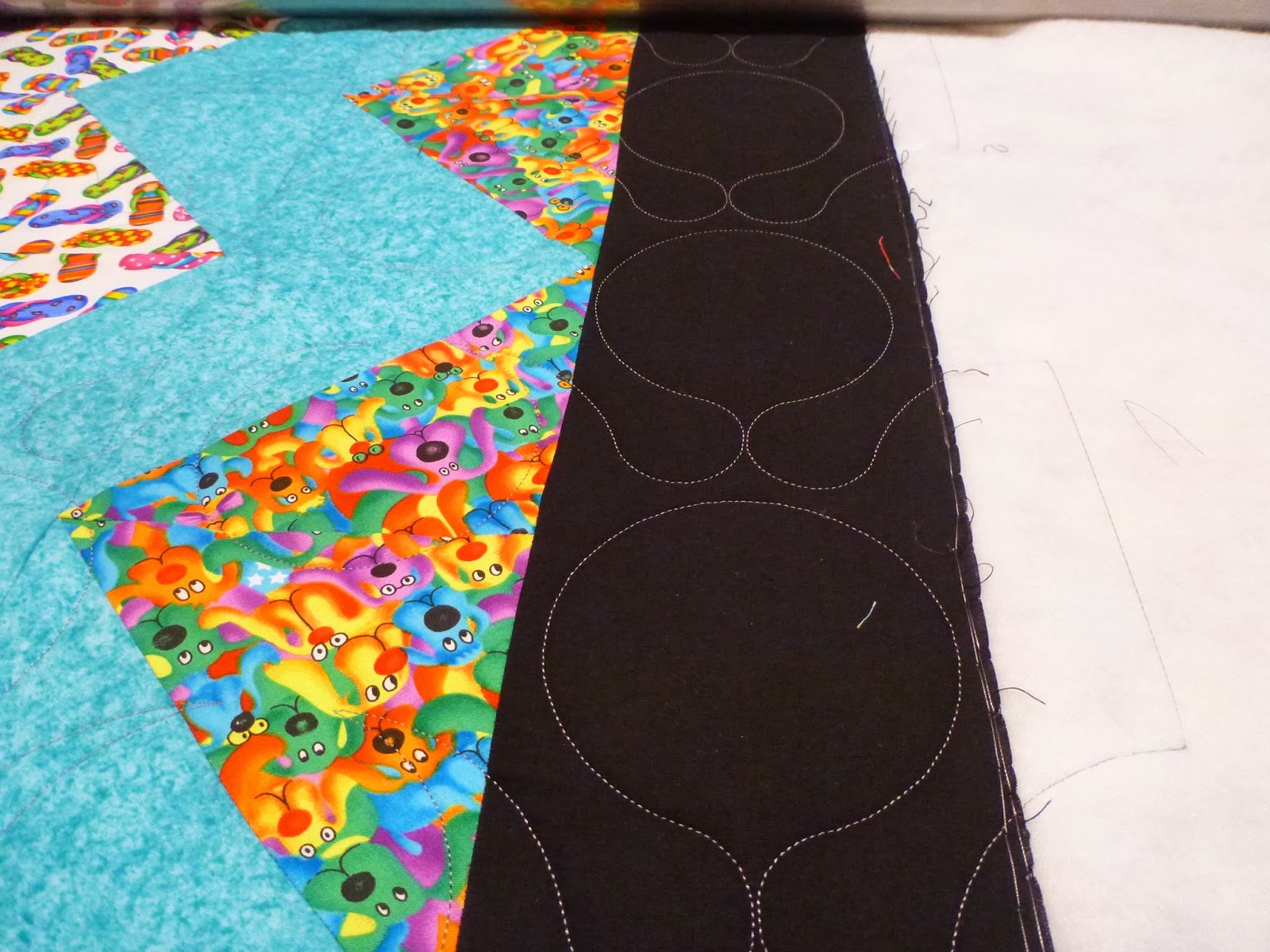 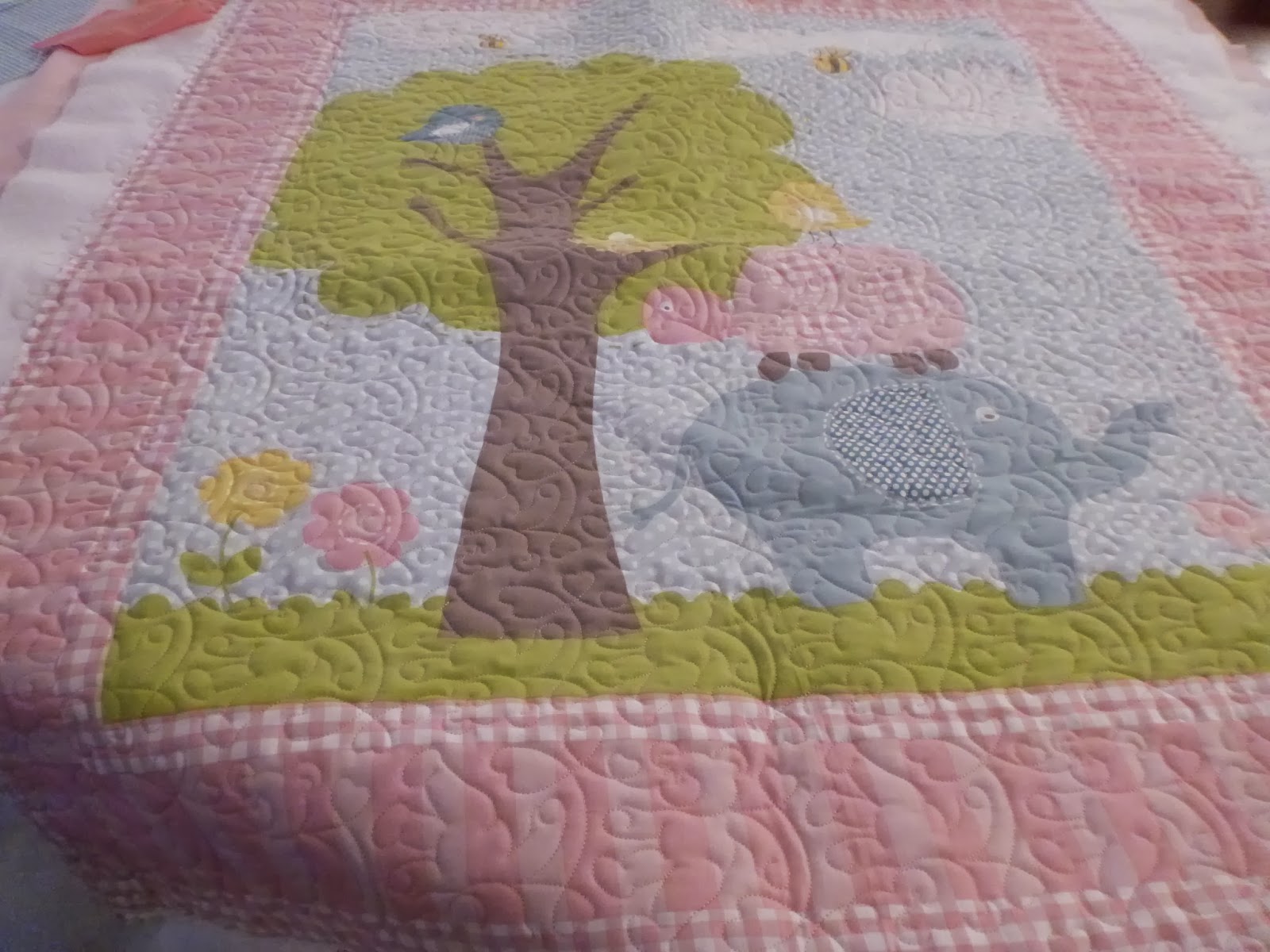 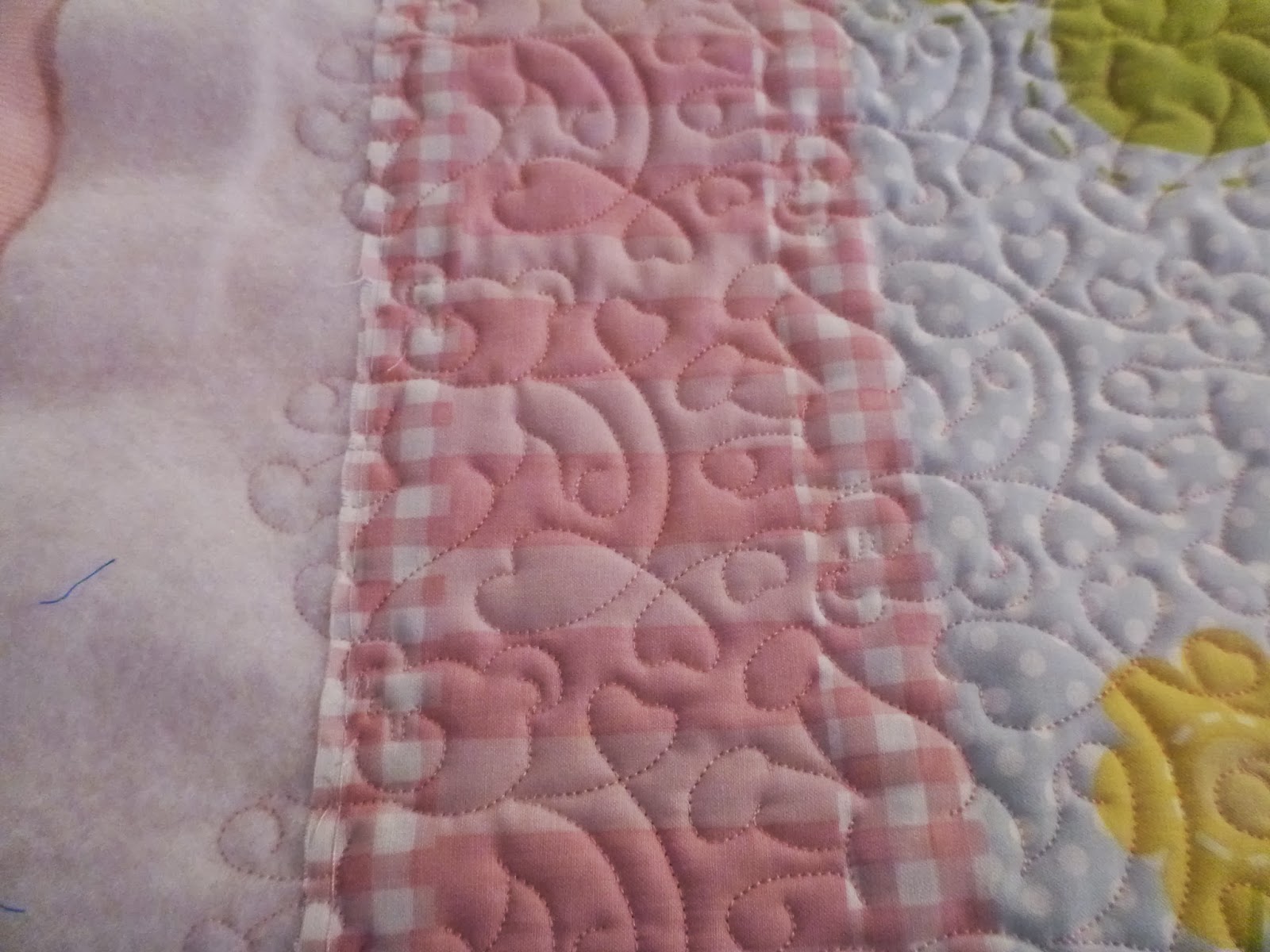 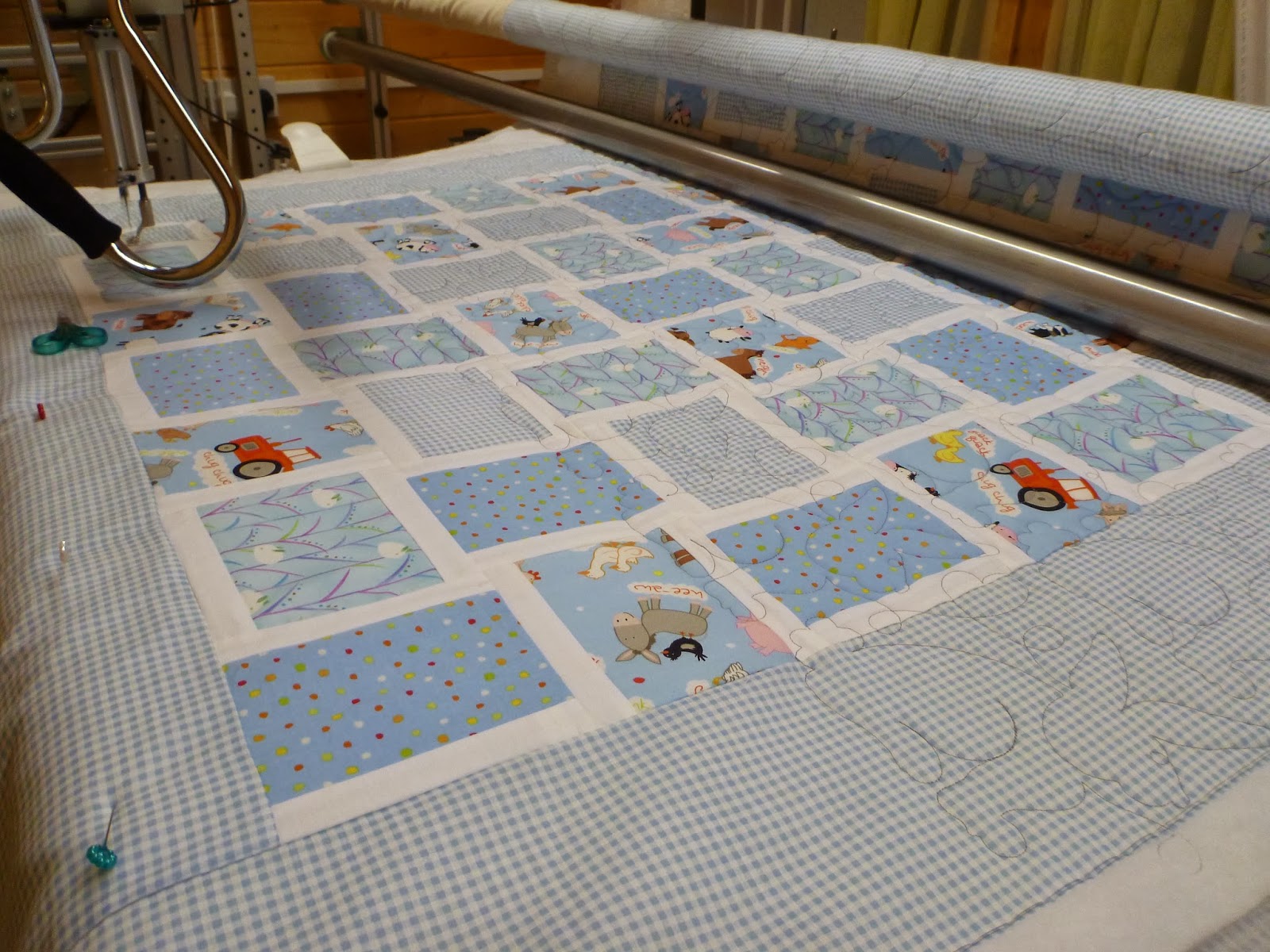 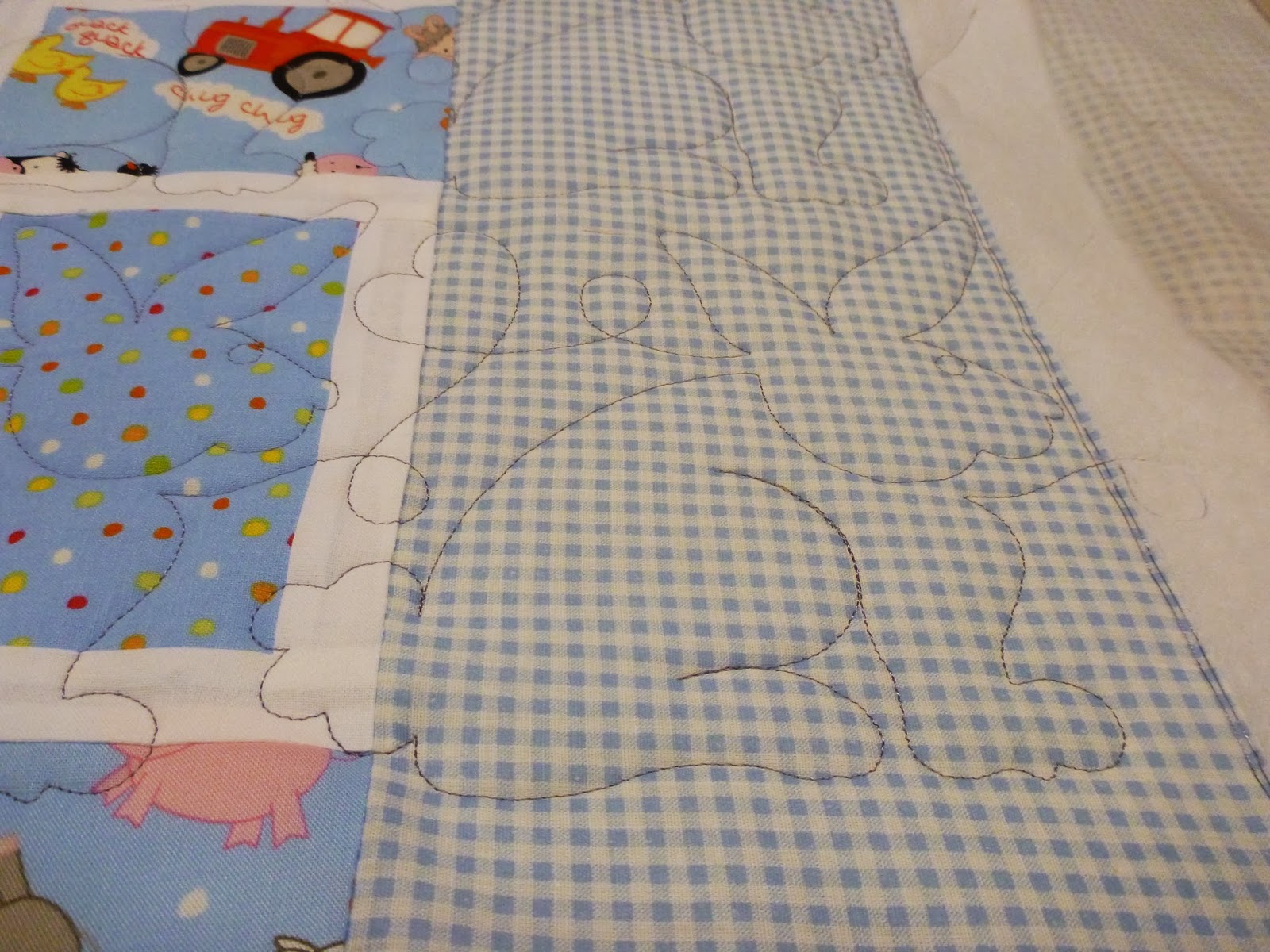 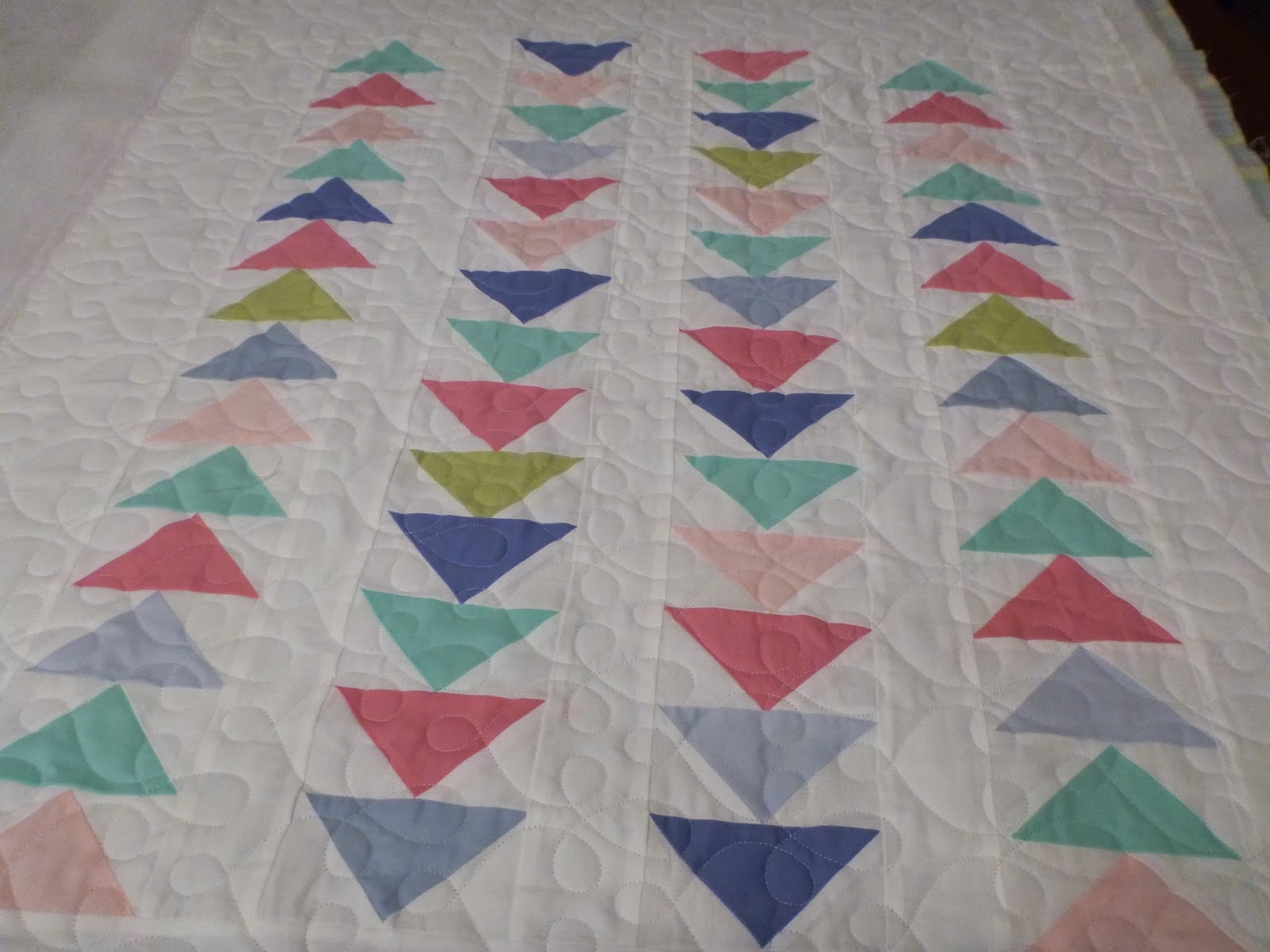 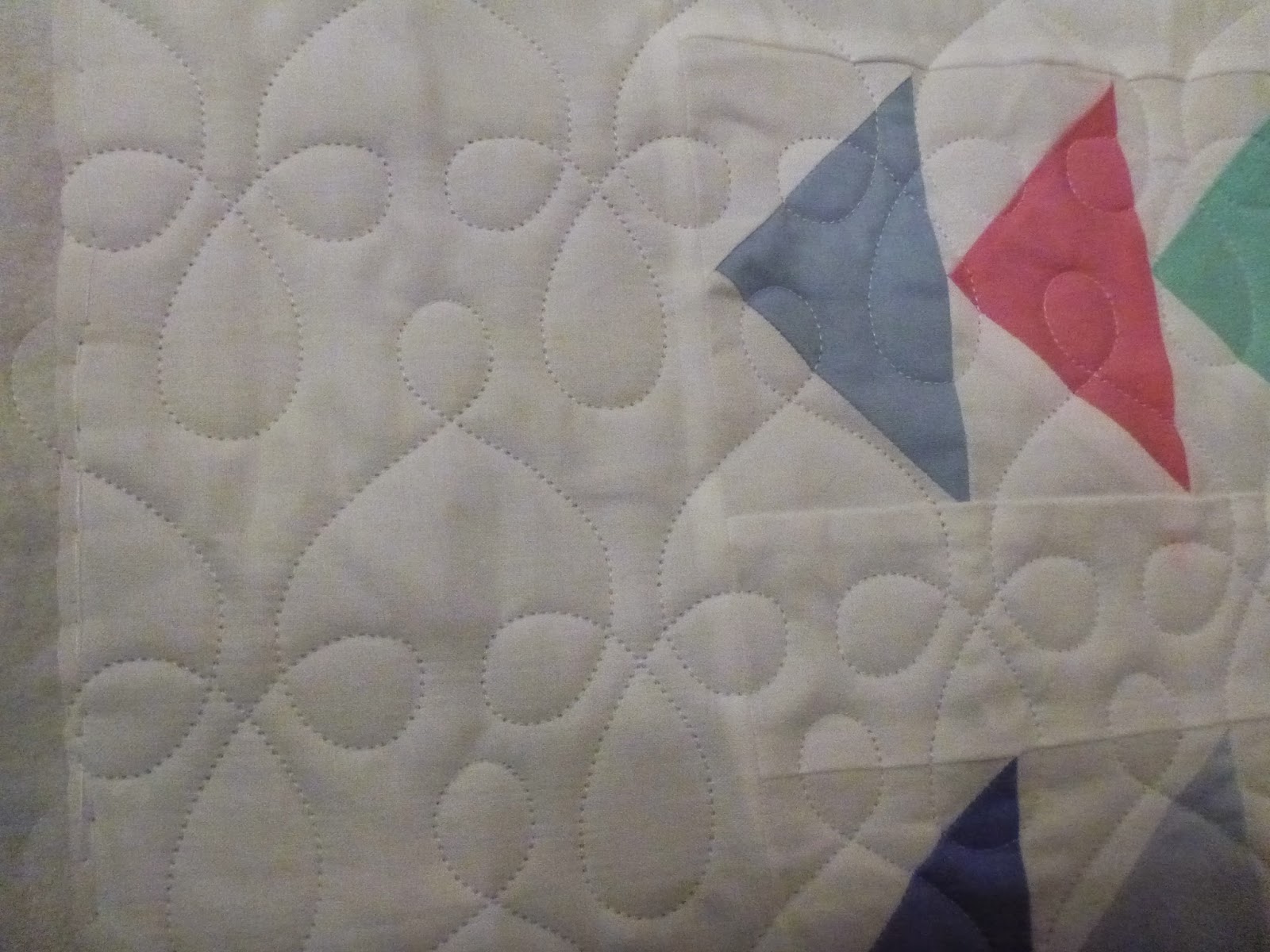 Posted by fionasroyalquilt@gmail.com at 12:37 No comments:

Another day and another charity quilt top

Today we decided to have another go with Rodney and Dell Boy. 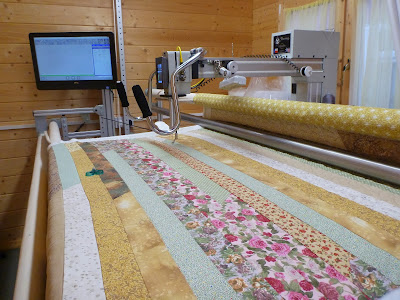 Here is a Jelly Roll Race top which has been kindly donated to our Charity Quiltathon.

We chose an edge to edge design and three hours later it was all done!

We made two fundemantal errors though - If we had loaded it the other way, then it would not have required so many repeats and also If we had it wound on further for the first pass, we could have complete two passes inbetween winds - but hey how, lots of practice in marking patterns and winding on. Great results too.

Posted by fionasroyalquilt@gmail.com at 09:05 No comments:

Well its been a few days now since we took Matt from ABM back to the airport, but we have both been suffering with terrible colds which we think we picked up on the airplane back from the States.  We have been dying to have a play with Rodney & Dell Boy, but have just been too ill.

Today, although still being far from fit, we decided today was the day - we could wait no longer.

So here is our first quilt.  Its a charity top I made earlier this year and just perfect to practice on. 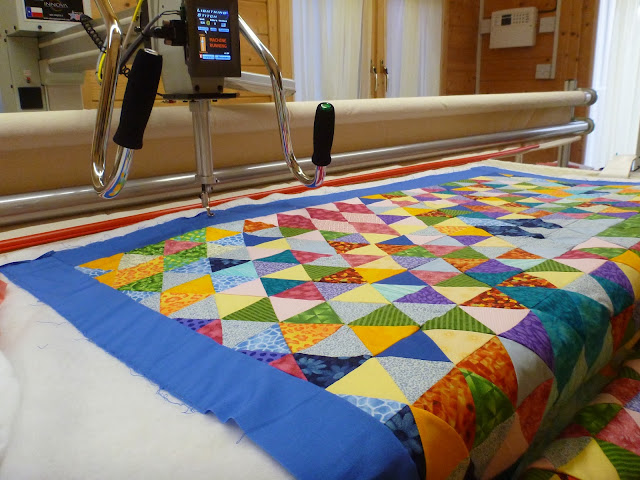 We decided to choose 'squewed squares' and auto pilot with Glide in both top and bobbin.

Here it is off the machine not bad for a first attempt. 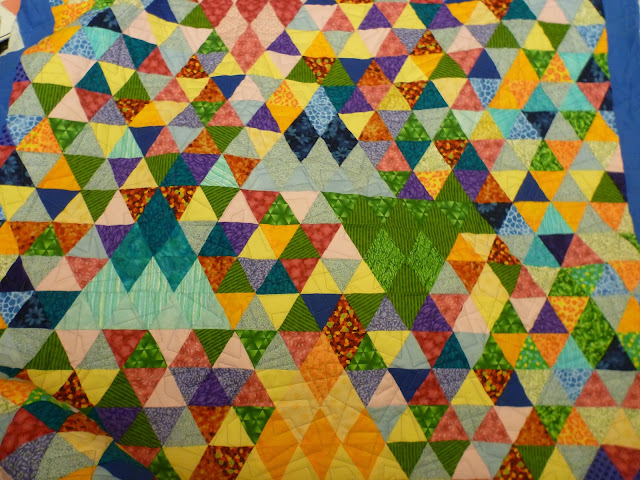 Posted by fionasroyalquilt@gmail.com at 09:29 No comments:

On Saturday morning Matt from ABM International flew in to Leeds/Bradford airport via Amsterdam from Houston. He arrived minus his luggage. Apparently there was a baggage handling problem in Schiphol and all flights had to leave with out luggage!

Despite being rather jet lagged he was eager to get started. 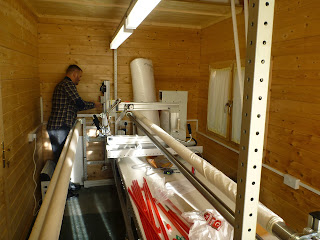 On Saturday night we took Matt to the Naked Fish in town for traditional British fish, chips and mushy peas, which he really enjoyed. As there was still no sign of Matts luggage, we had a trip to Tescos for some essentials.

Matt has worked on the machine all weekend and on Sunday night when he powered up we found we tripped the fuses. We need to sort a larger power outage asap.

Matts luggage eventually showed up late Sunday. Yeh, we have the bits and tools he needs now to finish the job.

On Monday, we managed to find an electrician who called in at lunch time to have a look at what was needed.  Due to the fact that Matt is scheduled to fly back to Houston on Tuesday Morning at 6am, the electrician said he would come back after work to do the job.

This afternoon, it was time for some retail therapy, so Tim took Matt to John Bull Rock Factory then to Morrisons for tea bags and Quality Street to take back to the office.

So it's now 7.45pm Monday and the electrician has just finished. Had we of course known about the extra power requirements then we could have had this already sorted.

Time for some food then we are going to have a play to ensure everything is up and running properly, before Tim leaves at 2am to take Matt back to the airport for his early morning flight. 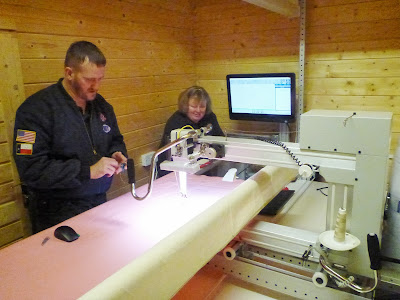 Posted by fionasroyalquilt@gmail.com at 14:56 No comments: